Hannah Medd is a conservation scientist with a strong focus on shark and ray conservation. She founded the American Shark Conservancy (ASC), a non-profit organization dedicated to the conservation and sustainable management of elasmobranchs through science and outreach, increasing science literacy, and engaging the public in solution-based actions.

Born with a natural curiosity, an affinity for animals and a beach in her backyard, a career in marine science just made sense for Hannah. After reading a book about shark attacks at age 8, something wasn’t making sense. Every day at the beach, she saw people swimming safely in the ocean. If sharks were the bloodthirsty monsters the book claimed, why didn’t she ever see a shark? Maybe there was more to the story, she thought. And that started a lifelong journey to better understand these maligned animals.

Hannah earned dual Bachelor’s of Science degrees in Marine Biology and Ecology from Florida Institute of Technology in the United States, a graduate diploma in Aquatic Biodiversity: Conservation and Management from the University of Hull in England, and her Master's of Science degree in Zoology from the Marine Biology Research Institute at the University of Cape Town in South Africa. Her thesis investigated methods to predict levels of marine biodiversity for resource-limited nations in southern Africa to identify areas for conservation prioritization, supported by the international initiative, Census of Marine Life. 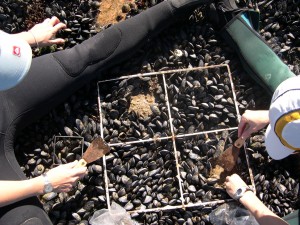 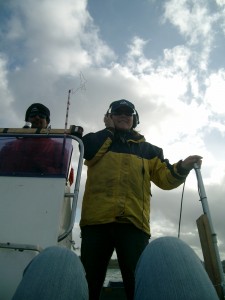 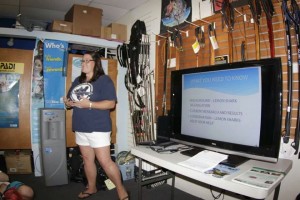 Hannah developed and executed education and conservation programs for a great white shark commercial cage diving company and marine conservation projects for local schools during her time in South Africa. After graduate school, she was the Outreach Manager for a global non-profit shark conservation organization, responsible for communicating science-based conservation messaging to the public and policy-makers while maintaining the grassroots awareness campaigns. She created shark and mobulid conservation materials online and print, planned events, managed fundraisers, as well as global volunteer recruitment and project development.

As part of the team for the program, Manta Ray of Hope, a joint initiative that includes top field investigators and leading scientists working together to further the conservation of manta and mobula rays, Hannah co-authored the first report to identify and analyze the trade of manta gill rakers and a peer-reviewed publication on the value of manta tourism. She also assisted with the Convention on International Trade in Endangered Species of Wild Flora and Fauna (CITES) proposal to protect manta rays globally.

Hannah assists shark safety teams for marathon swimmers, has written a specialty course on shark conservation for Scuba Diving International (SDI) and contributed to the development of shark sanctuaries as well as scientifically-sound international, national and local shark policies. 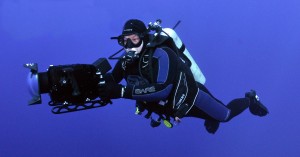 Hannah is happiest in the water.

She is also an SSI Assistant Instructor and enjoys being in the water studying, photographing, and interacting with numerous species of sharks, including whale sharks in Mozambique, seven-gill cow sharks and great whites of South Africa, and the coastal and pelagic species found in Florida, the Bahamas and Hawaii.